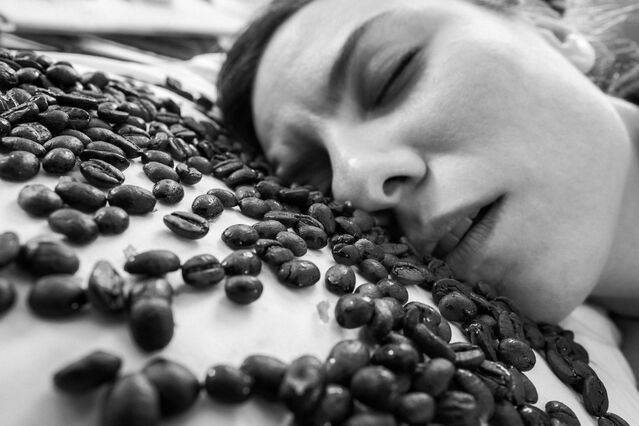 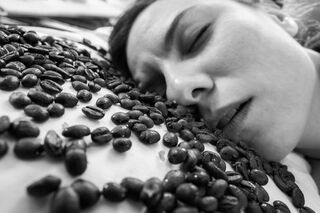 It is not events that disturb us but the views we take of them, said the Stoic philosopher Epictetus.

Centuries later, this view was a big influence on Albert Ellis, the founder of Rational Emotive Behavior Therapy. Ellis explained that it’s our irrational beliefs that make us disturbed and unhappy; for example, our expecting things to work out a certain way and being outraged that they didn’t instead of taking the rational approach to life’s bummers: simply preferring things had turned out differently.

It turns out the amount of sleep we’ve had can also be a factor in how we see things that happen to us.

New research by health psychologist Nancy L. Sin and her colleagues suggests that after a shorter night’s sleep, we’re worse at managing stress and we don’t find as much joy in positive experiences. Sin explains:

The recommended guideline for a good night’s sleep is at least seven hours, yet one in three adults don’t meet this standard. A large body of research has shown that inadequate sleep increases the risk for mental disorders, chronic health conditions, and premature death. My study adds to this evidence by showing that even minor night-to-night fluctuations in sleep duration can have consequences in how people respond to events in their daily lives.

The quality of our sleep has an underappreciated effect on our emotions as well as our cognitive ability and overall health. Understanding this led me to (not kidding!) delay what I refer to as my “Adult kindergarten afternoon nap” to pore over a paper by sleep researcher Rebecca Robbins and her colleagues that debunked some widely believed sleep myths:

•Myth: Many adults need only five or fewer hours of sleep for general health

Habitually getting “insufficient sleep” (five or fewer hours” is bad for your health, having negative cardiovascular, metabolic, and mental and immunological health effects. That said, there’s “preliminary evidence” suggesting there may be a “short sleep phenotype,” meaning that some individuals can probably do well with less than the recommended seven hours of sleep (and maybe even can manage with five). However, most adults probably need the big old seven hours.

•Myth: Your brain and body can learn to function just as well with less sleep

It turns out you can’t practice your way to needing less sleep. Several studies show that even after weeks of functioning on less sleep,  reducing sleep leads to sustained drops in performance. And there’s bad news for nightshift workers, who typically sleep fewer hours than those who work days: they are more likely to die of breast cancer and other causes. “Consequently,” the researchers write, evidence refutes the notion that the brain and body “can adapt to function on less sleep.”

•Myth: In terms of your health, it does not matter what time of day you sleep

More bad news for nightshift workers. Our circadian clock seems unimpressed by creative sleep times. People who work at night and sleep during the day, experience “circadian desynchronization,” reporting “less sleep and lower sleep quality than day workers.” There are those who argue that sleeping during the day is better than no sleep at all, however, “the evidence from shift workers suggests that sleep timing is related to health … refuting this myth.”

•Myth: If you have difficulty falling asleep, it is best to stay in bed and try to fall back to sleep

People who have difficulty falling asleep are advised to use “stimulus control therapy”: “Leave their bed, avoid blue light, and return to bed only when they are tired.” Those who do this “demonstrate significant improvements,” such as taking less time to fall asleep and better overall sleep quality.

•Myth: Hitting the snooze when you wake up is better than getting up when the alarm first goes off

Though there’s little research directly examining snoozing between alarms that interrupt sleep, “sleep disruptions are not optimal,” explains Robbins and her colleagues. “Sleep fragmentations, such as those caused by a snooze bar, are associated with adverse outcomes, including decreased mental flexibility” and negative effects on mood. “Thus, evidence suggests it may be best to set the alarm when one needs to get up instead of setting multiple alarms that might interrupt sleep.”

•Myth: If you are having difficulties sleeping at night, taking a nap in the afternoon is a good way to get adequate sleep

Sure, “siestas” — midafternoon naps — are common in some cultures, and they can be used as sleep filler when you can’t manage to get a good night’s sleep. I use naps as a way to reboot my brain after intense cognitive work jags. So I was less than thrilled to read the researchers’ observation, “Habitual napping can be associated with adverse health outcomes.” It’s also discouraged for people with insomnia, as it may reduce their body’s natural drive for nighttime sleep, perpetuate their insomnia, and lead to negative health consequences.

•Myth: Exercising within four hours of bedtime will disturb your sleep

“Exercise and sleep appear to be mutually beneficial,” the researchers explain, citing a meta-analysis that showed “small to moderate improvements in sleep-related variables with consistent physical activity.” Survey data from adults in the US suggests nighttime exercise isn’t associated with sleep disturbance for the majority of people. “Other experimental evidence shows no impairment in sleep following vigorous nighttime exercise.”

I explain in my “science help” book, “Unf*ckology,” that our mind and body are strongly interdependent, with our actions driving our emotions and our emotions also driving our actions. I increasingly see in research I read how big a part our physical health plays in our emotional health. We are all better for recognizing that a “good night’s sleep” isn’t simply preferable to tossing and turning but a necessity for us to function at our physical and emotional best.