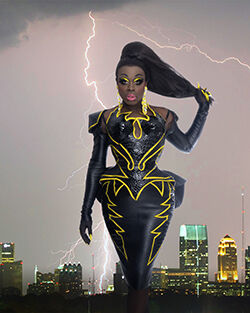 A Conversation About Self-Concept With Bob The Drag Queen

This week on The Hardcore Humanism with Dr. Mike Podcast, we had the pleasure of talking with comedian and actor Bob the Drag Queen. Bob was the Season 8 winner of RuPaul’s Drag Race, and star of the Emmy nominated HBO series We’re Here. Bob has been an outspoken advocate for LGBTQ rights as well as a strong supporter of Black Lives Matter.

In the conversation with Bob, one of the most important issues to emerge was the notion of self-concept. How do we see and understand ourselves? There is vast literature that examines and measures the term “self-concept.” One of the noteworthy and fascinating aspects of this literature is the numerous ways that we can understand what self-concept means. For instance, self-concept can be conceptualized as a more general measure of self-worth or self-esteem. It’s usually assumed that people who have a more positive self-concept in the form of higher self-esteem or self-worth exhibit greater emotional well-being. As an example, one longitudinal study of 201 adolescents aged 13-18 examined the relation between baseline self-esteem and depression and anxiety symptoms at a three-year follow-up evaluation. Results showed that higher baseline self-esteem predicted fewer depression and anxiety symptoms at follow-up, even controlling for factors such as gender and treatment for mental health issues.

Now in talking with Bob, we examine and consider a different aspect of self-concept whereby self-concept doesn’t refer to a global sense of self-worth, but to a more nuanced description of the different facets of an individual’s identity. We may understand ourselves in terms of physical, emotional, social, intellectual and spiritual terms. These aspects of self-concept can also be conceptualized as part of one’s “identity” and may include constructs such as race, gender and sexuality. In talking with Bob, we come to understand the range of constructs that he uses to understand his identity including being from the South, being black, gender non-binary and queer.

When understanding self-concept from this perspective, it is thought that the strength of connection to a particular identity might be related to health and well-being. For example, one of the ways that people may understand themselves is through their connection to a given culture. So, for example, Bob has described having a strong connection to the Lesbian, Gay, Bisexual, Transgender, Queer (LGBTQ) community. Studies have shown that a stronger connection to cultural identity supports emotional health. One cross-sectional study examined the associations between cultural identity and mental health among 1699 Maori youth in New Zealand. Results found that participants with a strong Maori cultural identity was associated with higher overall well-being and lower depression scores.

Taking this concept of self-concept as a measure of identity a step further, we can begin to consider how the different aspects of our identity come together in our overall self-concept. The notion of our having many sources of identity and how they blend together is called intersectionality. This notion is critical to understanding self-concept and identity because how we see ourselves plays a large role in how we see the world in which we live. In particular, we can understand issues of discrimination from the perspective of intersectionality – or “intersectional stigma.” How an individual understands identity may influence how they experience discrimination or stigma in the world. For example, some people may experience discrimination for being transgender but feel less discrimination for being White. The complexity of how we understand intersectional identity and how it interacts to predict health and well-being is an emerging field that will hopefully shed light on this complex process. Bob talks about identifying as a “black queer” person, and how he has experienced discrimination in the context of both identities.

In listening to the conversation with Bob, our hope is that it provides another opportunity for representation so that people feel more comfortable to understand and embrace their identity and build a healthy self-concept. Every time a strong role model and advocate like Bob steps forward it is another step towards challenging discrimination and reducing stigma.

So, listen to Bob and see what you can learn about self-concept and identity!