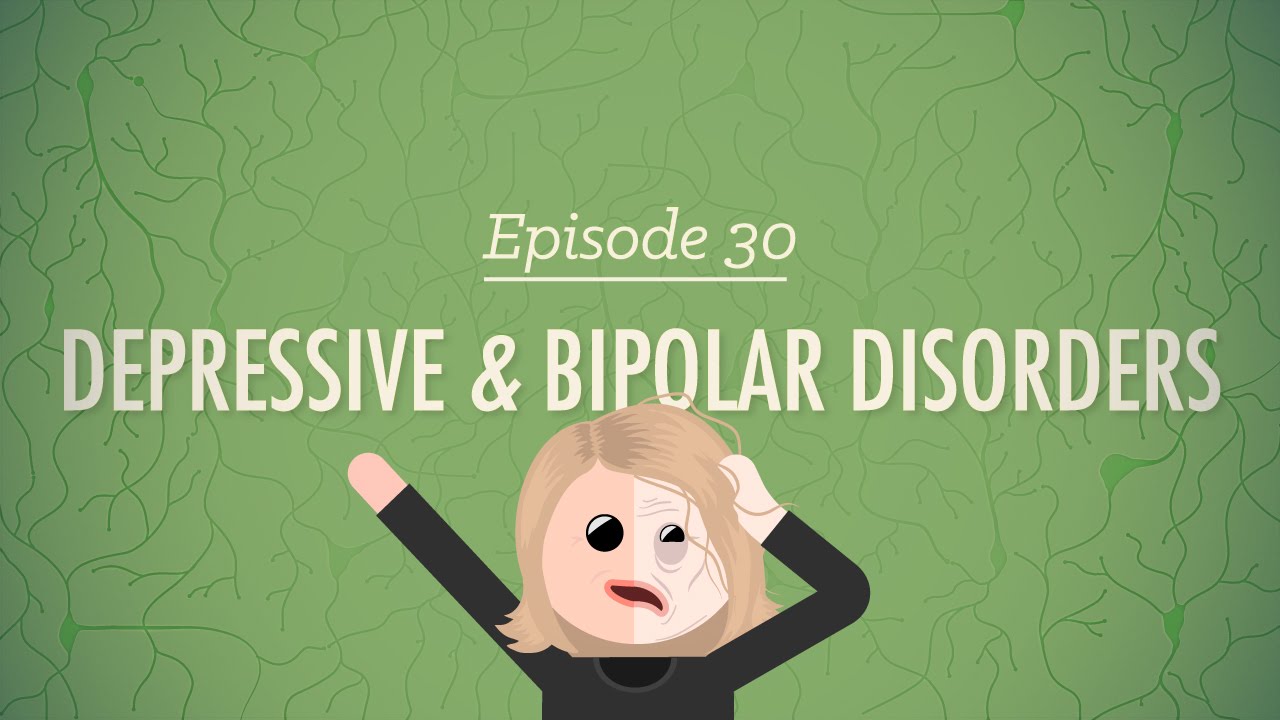 Want more videos about psychology every Monday and Thursday? Check out our sister channel SciShow Psych at

Not sleeping for days on end. Long periods of euphoria. Racing thoughts. Grandiose ideas. Mania. Depression. All of these are symptoms of Bipolar Disorder. In this episode of Crash Course Psychology, Hank talks about mood disorders and their causes as well as how these disorders can impact people’s lives.