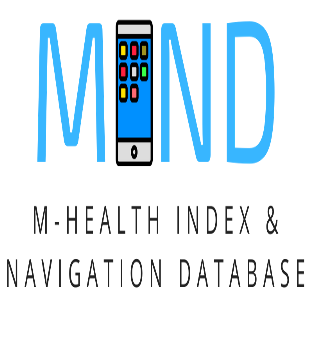 
This post is authored by Aparna Ramakrishnan and Pooja Kumaravel of the BIDMC Division of Digital Psychiatry.

Depression is a leading cause of disability globally, affecting more than 264 million people worldwide. This debilitating condition is treatable, but clinical care entails a high cost. Across many areas of the world, mental health services and resources remain limited and unavailable, and pervasive stigma hampers the widespread effectiveness and accessibility of pharmacological treatment. As the need for cost-effective, accessible treatment for depression is more urgent than ever,  technology offers a promising avenue for providing mental health resources on a global scale. With the rate of smartphone ownership now 86% in countries like the United States and on the rise, technological interventions have the potential to reach a larger segment of the population than ever before. Over the past decade, smartphone apps have proliferated, with an estimated 10,000 mental health apps already on the market. A growing body of literature highlights the ability of such apps to provide benefit to individuals with depression.

Studies have suggested that targeted digital mental health interventions yield great benefits for those suffering mild to moderate depression. The content of these evidence-based interventions varies and includes Cognitive Behavioral Therapy (CBT) , journaling , mindfulness training, and peer-to-peer connection platforms. But while digital smartphone interventions represent a promising area of expanding quality, cost-effective treatment for depression, prior research has painted a bleak picture of what is actually available to users of the app store. A systematic review in 2016 found that, using an intuitive search term like “depression” in the app store, the ratio of apps not related to depression to depression apps was 3:1, and without proper guidance, finding the correct app may be challenging. Using our actionable framework for the evaluation of mental health apps, we sought to assess the existing space and answer an important question: what are the publicly accessible depression apps offering users of the app store today?

We found that a simple iOS store search with the search term “depression” returned a total of 221 apps, 198 of which were accessible and in English, and 83 of which were totally free (57 apps required a subscription fee to access content, and another 99 apps had in-app purchases). The most common features provided by the apps were journaling (68), mindfulness (63), and mood tracking (60).  15 apps were supported by published research.

Even with the rise in publicly available evidence based apps, there are some notable concerns in these apps. Many screener/assessment apps do not link to a hotline if the user inputs certain symptoms signaling they are going through a severe depressive episode. One specific example is an app providing a PHQ-9. When a user enters information that suggests moderate or severe depression, the app links to a paid telehealth service instead of a free hotline. For users that need immediate help who are unable to pay for this service, they are left with no obvious options on who to contact, which can lead to serious ramifications. Another issue concerns data deletion. Our review found that, although 86% of apps had a privacy policy, 108 apps would not allow the user to delete their data. This could potentially lead to PHI being unintentionally shared.

Our results underscore the fact that finding an app that suits your specific needs may be difficult using the app store alone. Although evidence-based apps for depression exist and can be found, the team at the Division of Digital Psychiatry has sought to design a way for users to find an app based on their specific preferences around features, clinical foundation, privacy protections, and more. The MIND (MHealth Index and Navigation Database) tool enables users to filter and find apps based on their specific preferences. The apps for depression we’ve evaluated are now available on the database, allowing any interested user to find a tool that suits their needs.