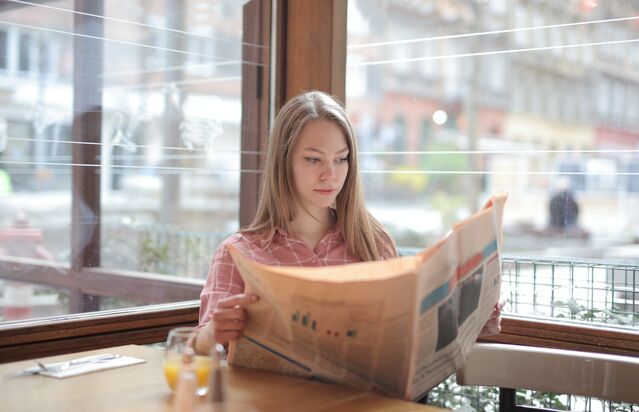 Is the Media Getting Better at Covering Suicide?

Mental health advocates have long criticized the mainstream media for getting it wrong when reporting suicide. These criticisms are based on a historical corpus of research indicating that suicide was frequently reported in an inappropriate manner in the media. Common issues include glorifying or romanticizing suicide, while giving excessive detail about the suicide method used. A recent review paper indicates that such coverage could contribute towards “copycat suicides”.

As such, mental health advocates take the view that working with the media is an important suicide prevention activity. This has led to initiatives in a variety of countries including Australia, the US and the UK. Here in Canada, concerted action to improve media reporting of suicide is steered by the Mental Health Commission of Canada, which has organized several activities to improve media coverage of suicide.

One of these activities is the creation and dissemination of best practice guidelines to promote the Responsible Reporting on Suicide, contained in a glossy booklet called Mindset. Over 5,000 copies of Mindset have been distributed to reporters and journalism schools across Canada in recent years, and Mindset is freely available on the internet.

Mindset encourages journalists to write about suicide in a manner that avoids content that may contribute to copycat suicides. This includes avoiding glorifying or romanticizing the suicide, while omitting details about the suicide method used. Similarly, Mindset encourages reporters to include content that can foster positive behaviours such as educational information, quotes from experts and suicide helpline numbers.

Given this situation, it is important to assess the media’s adherence to these recommendations, as low adherence may contribute to copycat suicides, while high adherence may play a role in suicide prevention. As such, myself and colleagues recently examined adherence to Responsible Reporting on Suicide recommendations in a large sample of Canadian news articles published between April 2019-March 2020. The results of this study were published this month in the Canadian Journal of Psychiatry, and reveal some interesting findings.

On the other hand, there was low adherence to other recommendations, especially those related to content that is potentially helpful. For example, less than 1 in 4 of the articles quote an expert, include help-seeking content, or educational material. Furthermore, around 40% mentioned the suicide location or the method, which is discouraged in the recommendations.

Interestingly, articles about a high-profile suicide or about a murder-suicide had the lowest rate of adherence to the guidelines. With regards to high-profile suicides, only 7% include help-seeking information, and 2% include attempts to educate about suicide. Similarly, around 70% of articles about murder-suicide detail the method used, while around 30% use sensational language. In contrast, articles focused on suicide policy, research or events had the highest rate of adherence.

In sum, this study revealed that a substantial proportion of articles adhere to many suicide reporting recommendations, especially recommendations to avoid or omit certain content. However, several recommendations are commonly underapplied, especially those related to the proactive inclusion of potentially helpful content, indicating room for improvement.

Interestingly, these results overlap considerably with another just-published study led by Steven Sumner at the US Center for Disease Control (CDC), which also found a scarcity of positive protective elements in news articles about suicide, particularly in US news articles

To conclude, the media has a vital role to play in suicide prevention, and we should be thankful for their efforts to date. But more can be done, and this will require renewed collaboration between journalists, researchers and suicide prevention experts. This can include targeted engagement with newsrooms, journalism schools and individual journalists. Such efforts may further improve suicide prevention and ultimately help those in need.

Readers can obtain 24-hour emotional support from national telephone helplines including the US National Suicide Prevention Lifeline at 1-800-273-8255; Crisis Services Canada at 1-833-456-4566 (1-866-277-3553 in Quebec); and the UK Samaritans on 116 123. Readers elsewhere can obtain local helpline numbers and suicide prevention resources via the International Association for Suicide Prevention.

To find a therapist, visit the Psychology Today Therapy Directory.