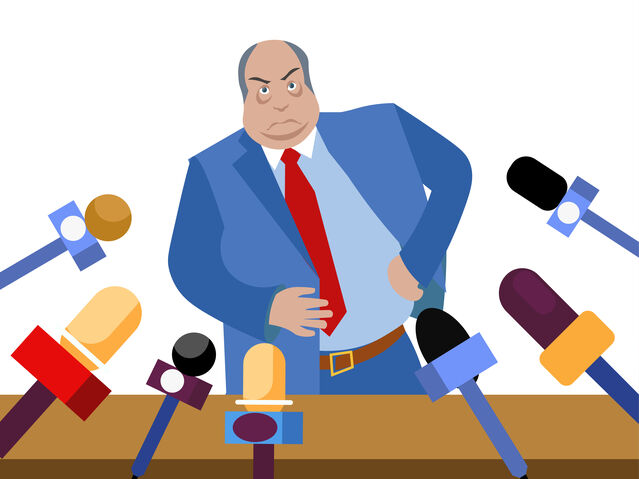 The power of today’s authoritarian presidents appears to be psychological, not logical or ideological. It’s based on emotional messages that reach their followers without being understood by other politicians or the news media. Modern viral media has made this possible, especially over the past ten years. But the dynamics have been building over the past 30 years. There appears to be several ingredients to this emotional power, which I briefly describe here and in more depth in my book Why We Elect Narcissists and Sociopaths—And How We Can Stop!

Research indicates that our emotions become synchronized with those of others when we are anxious or when we are in a crowd. “People who feel threatened and anxious are especially prone to catching other people’s emotions.” “Group contagion in its more sedate forms can be witnessed at any great performance, where actors or musicians create a field effect, playing the audience’s emotions like instruments.”1

Today’s authoritarian presidents are constantly performing in front of crowds and on TV (often in front of crowds). They tend to give emotional speeches, rather than informational speeches. They whip up the crowd which can have a contagious effect even on those watching from home. Some give as many as three such performances a day on TV. They appeal to emotions by speaking of crises, conflicts, chaos and fear.  They make people anxious, which increases the contagious power of their emotional messages.

They tend to be good story tellers, emphasizing emotions that grab everyone’s attention. Their stories have three parts, if you look closely:

First, is the fantasy crisis. They tell you that there is a terrible crisis, but the ones they talk about are not really true. There may be a problem to solve, like immigration policy or abortion policy, but it’s not a crisis and may be at an all-time low statistically as a problem. Or a non-existent problem, like a lot of conspiracy theories, voter fraud, where the president was born, or a candidate’s use of a personal email server. But by repeatedly promoting the idea of a crisis, an authoritarian president can whip up the emotions of fear and anger, without talking about facts at all.

Second, is the fantasy villain. If there’s a crisis, then there must be an evil villain in the story. For example, President Putin in Russia sees gay people as villains and equal to pedophiles and has used them as a scapegoat to get re-elected. President Duterte in the Phillipines uses drug dealers and drug addicts as his fantasy villains, having thousands of them killed in the dark of night. President Orbin in Hungary uses immigrants and the European Union as his fantasy villains. President Marduro in Venezuela uses the upper class and upper middle class. And on and on. By emotionally telling the stories of these evil villains, they heighten their followers’ fear, anger and resentment.

Third, is the fantasy hero. “Only I can fix it,” they tell their nation. This may seem absurd in modern times of complex problems and inter-related industries and nations, but if you believe in the fantasy crises and the fantasy villains, then you will welcome a fantasy hero who will take care of it all without you having to do much of anything. In studying high conflict leaders for my book, I found that about 30% of adults are predisposed to follow a strongman leader without question, so that a fantasy hero can be very appealing. All the fantasy hero has to do is mouth the words that people want to hear (you’re special, I’m like you, I care about the same things you do, I dislike the same people you do), even when they have no actions that support their statements or they have done opposite actions.

Defending the authoritarian leader. One essential feature of the Fantasy Crisis Triad is that a significant number of people will emotionally defend the fantasy hero, even when they are found to be corrupt, to have lied thousands of times (even about the coronavirus), or have committed crimes. Because of the fantasy crises and the fantasy villains, they emotionally feel connected and dependent on the fantasy hero to defend them from these terrible problems—and in return they will emotionally defend the president. This forms an insulation for the fantasy hero against anything negative they have done, because criticizing or abandoning the fantasy hero feels like it would expose them to even greater danger from the crises and villains. This is why a President can say that he could shoot someone in public without losing any support. It’s an emotional relationship, not a logical one.

But I started out by saying that this is a problem related to modern viral media. That is because of the power of repetition. Our brains are particularly susceptible to repeated emotional messages. That’s why advertising works so well, without you even realizing the emotional message that you are absorbing. With enough emotional repetition, false information feels true.

Facebook, Twitter, YouTube and conspiracy theorists today have a power of repetition that is in the millions. One study found that they can be especially powerful at spreading false news because it is emotional: “False news reached more people than the truth; the top 1% of false news cascades diffused to between 1000 and 100,000 people, whereas the truth rarely diffused to more than 1000 people. Falsehood also diffused faster than the truth. The degree of novelty and the emotional reactions of recipients may be responsible for the differences observed.”2  (Emphasis added)

But before these social media outlets gained such power, cable network news got going in a truly emotional and polarizing way in the 1990s. For the past 30 years, around the world, there have been media outlets that provide 24/7 news with a political preference for one party or candidate. This has helped tilt their viewers to adopt the fantasy crisis triad of those they prefer, often against others in the same nation who prefer other outlets which may either provide more accurate news or another tilted point of view.

Interestingly, President Putin gained control of most TV stations in Russia during his first two years in office. Likewise, when President Berlusconi was in power in Italy, he and his family owned 90% of the TV stations, which helped him promote his fantasy hero story of being “the Jesus Christ of politics,” before he was convicted of fraud.

When people choose one source of news, they can become isolated with the emotionally repetitive messages of an authoritarian leader, without exposure to any more objective and accurate news. This gives incredible power to the emotionally repetitive messages. When asked how they can support this leader, they repeat what the leader has said, which is often a partial or complete fantasy. (For example: “We need a successful businessman in charge,” when the fantasy hero is not really a successful businessman at all and may actually be deeply in debt.)

When people wonder how a president with authoritarian tendencies could gain and maintain power, it’s important to realize that it is not based on logic (their followers are more likely harmed than helped by them) and it is not based on ideology (for calculated convenience they often start on the far right or far left, but then rule based solely on their own interests).

The way to overcome this is to provide factual repetition of a few simple messages, so that they reach even the most isolated viewers. Unfortunately, most politicians are focused on their policies and do not realize the importance of emotional repetition. Likewise, the do not realize the importance of being as present and talking as much about real information, so that the viral emotional messages of authoritarian presidents do not dominate the airwaves alone. Emotional, speedy and repetitive messages are the language of authoritarian rulers and must become the language of their opponents if they wish to overcome their authoritarian rule with accurate and useful information.