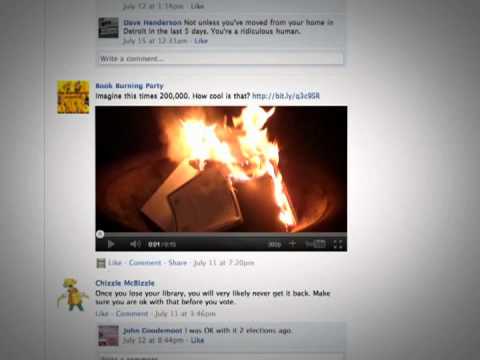 Save the Troy Library "Adventures In Reverse Psychology"

The city of Troy, Michigan was facing a budget shortfall, and was considering closing the Troy Public Library for lack of funds. Even though the necessary revenues could be raised through a miniscule tax increase, powerful anti-tax groups in the area were organized against it. A vote was scheduled amongst the city’s residents, to shut the library or accept the tax increase, and Leo Burnett Detroit decided to support the library by creating a reverse psychology campaign. Yard signs began appearing that read: “Vote to Close Troy Library on August 2nd – Book Burning Party on August 5th.” No one wants to be a part of a town that burns books, and the outraged citizens of Troy pushed back against the “idiotic book burners” and ultimately supported the tax increase, thus ensuring the library’s survival.