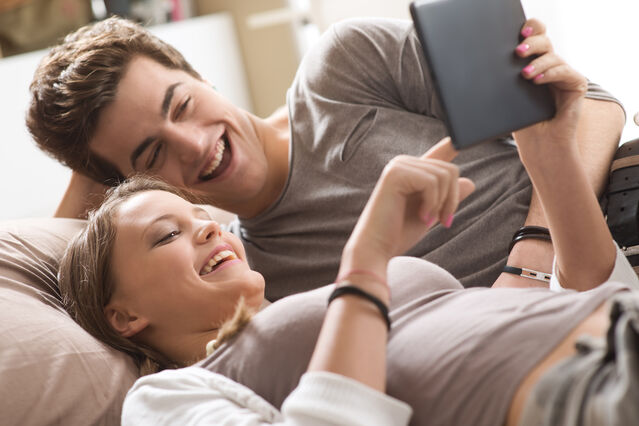 Successful communication between intimate partners is crucial to the success of their relationship. When it goes awry, it is one of the most compelling reasons that couples seek therapy. They know they need help to unravel the misunderstandings and faulty incorrect assumptions that are sabotaging their interactions.

There are multiple skills that are readily available and most committed couples can readily master them. But there is another crucial type of interaction between intimate partners that is rarely identified and is often as dramatic a deterrent to successful communication as any other.

The lack of recognition of negative subliminal messages that are out of sync with those being expressed out loud.

Most all expressions, especially between intimate partners, have a discrepancy between expressed communication and subliminal or hidden thoughts and feelings that are withheld. If those to messages are out of sync, chaotic and ineffective communication will likely result.

It is also too often true that the partners sending these subliminal messages may not even realize they are doing it.  They may be feeling guilt, embarrassment, fear of reprisal, or any other internalized negative reactions from the past that they have repressed.

Consciously withheld messages can also be driven by the same concerns. Many people actively keep them hidden to avoid anticipated disputes or to get what they currently want out of the conversation. They are worried that things will not go as smoothly if they were congruent. And, unfortunately, they have prior experiences that supports those concerns.

The most obvious, observable discrepancies between overt messages and subliminal ones are non-verbal cues that are discordant from one another. If facial expressions, body posturing or movement, vocal tones, distance, levels of emotional reactivity, and physical proximity are different from overt messages, they alert the listening partners that something is amiss.

Those receivers of non-congruent behaviors often intuit a discrepancy between what their partners are saying out loud, and what is not being said. When they express their confusion, they too often activate denial and defensiveness in their partners, which further complicates and confuses the communication.

Caveat: I am not talking here about the intentional withholding of thoughts or behaviors that are covering acts of betrayal. Nor am I suggesting that privacy is never valid if the withholding is to protect painful trauma not ready to be disclosed.

Whatever the reasons, it is crucial for a couple to recognize and reconcile these double messages both within themselves and between each other. Otherwise, it is highly likely that trust in future communications will diminish.

How, then, given the fragility of learning these skills, how can couples rise to that challenge?

What would encourage them to open up these unconscious or known suppressions of thoughts and feelings when their anticipation of, at least initial, reactions are likely to be threatening to the relationship?

How can they trust that the benefits will outweigh the costs over time?

How do they know that their partners might love and trust them more if they are congruent?

What if, once known, they can no longer count on their future needs to hold on to their privacy?

The answers to all of those questions is a question in and of itself? How you respond to it will tell you if you and your partner are ready to embrace these changes.

Would you rather know the truth about what your partner is withholding even if it is uncomfortable, or remain in the confusion of unexpressed messages to avoid the disruption that is likely to occur?

The process of taking a couple from ignorance to the courage to face an uncomfortable reality is not easy and should be done with care. Both partners must be willing to suspend judgment and defensiveness and replace those invalidations more committed to truth and a deeper knowledge of each other, no matter what the outcome.

There are four crucial steps, each one to be taken by both partners with trust, respect, and mutual support.

Step One – Recognize your own withholding, out-of-sync discrepancies and where they come from

Children automatically recognize when an adult is withholding a subliminal message. Sadly, they are taught to stop “seeing” them when their parents deny them.

“But you’re making that same face you do when daddy does something wrong?”

“Those are just my frown lines. Thank you for telling me. I’ll smile and they’ll go away. Just watch me.” (Forced suppression)

After multiple denials, children learn by those examples how they should do the same. Though some of those teachings do oil the wheels of social connections, others become conscious or unconscious attempts to manipulate or strategize to avoid an anticipated problem, or to gain a goal.

If partners tell each other that they feel a duplicity in the way the other is expressing, they should answer honestly. If avoidance seems evident, the receiving partner can share how the words and non-verbal cues are out of sync.

Recognizing your own non-congruent communication does not require you to then share everything, but you must know that you are withholding, and why you feel you need to do that

When your partners challenge your mixed messages, it is all too human to defend by denial. If you can refrain of reacting that way, and try, instead, to listen deeply to what they are saying, you could learn something about yourself that you didn’t know before.

Very often others can see things we cannot see. If those observations are embarrassing, too exposing, or threatening to our self-concept, we are likely to react with defensiveness. Unfortunately, those responses are often an attempt to challenge the other partner’s reality, implying that it is faulty.

“Sure, I’m willing to talk about it.”

“You sound really resentful and mad.”

“Is it because you want to have sex tonight?”

“It didn’t even cross my mind, honey. Don’t know where you got that idea. Just want to make you happy.”

So much better to believe that those observations may be true.

Even if what you hear might be somewhat uncomfortable or embarrassing, try to take it in and weigh what your partner is saying, before invalidating that perspective. You may both be right, but just not defining terms accurately. It’s even possible that some part of it might be true and other parts not as likely. Take the time with each other to sort without judgment.

If you possibly can, choose inquiry over fear, knowledge over challenging your partners’ perceptions. If they are feeling and thinking that something is going on that you do not agree with, trust that a discrepancy is likely to be happening.

Both of you must be willing to listen to the feedback with an open mind. Both of you can model the differences between what you see and hear and to show how the discrepancies come across.

If, once you are in agreement that your partner’s observations hit home, you can now work on blending your two messages.

Look into a mirror. Say out loud to yourself what you were expressing a different outward message from what you were feeling inside. See if you can see for yourself, what the difference looks like. Now make those messages congruent by saying what were withholding. See if your tone of voice and facial expression become more congruent.

Ask yourself when and where you may have learned that duality. Is the non-congruency something you experienced as a child watching the adults in your family behave that way?

Step Four – Practice with your Partner

Re-create a dialogue with your partner that has confused either of you in the past. After each of you expresses yourself, ask your partner to give you feedback on whether or not you are coming across congruently.

You will have the most success if you can objectively describe the observable behaviors that telegraph the difference between of each of you is communicating that is not in sync with what your partner is experiencing “behind the scenes.”

Practice inquiry and non-assumption without defending what your partner is sharing. You can describe what you are feeling if it is different from what your partner is interpreting but refrain from invalidating the information. People who have been in long-term relationships can often see things about each other that are invisible to the other. But they can also project their own feelings on to one another and be wrong.

If the subliminal messages are more positive than those outwardly expressed, they are rarely noted or challenged.

For instance, how would you react to the following examples?

“You are absolutely impossible to deal with,” said with an underlying non-verbal message of “in an adorable way.”

“Even when I’m frustrated with you, with the underlying message of, “I just can’t ever really be mad at you.”

“You are absolutely driving me nuts,” with a subliminal tone of “But, you’re so worth it.”

Watch for the difference. It will help you understand the importance of this skill set.