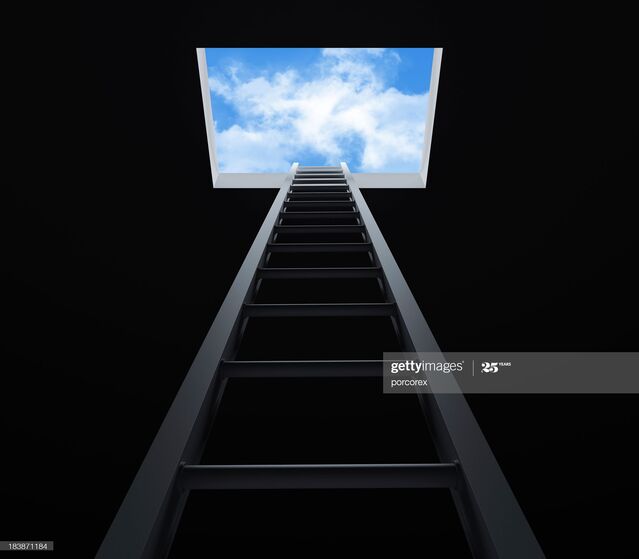 The Call to Serve

Spiritual tradition and social activism often remind us that service isn’t just something we go out and do—on a service project, or when we’re providing social services, or military service. And it doesn’t end when military service ends, or when you retire, any more than spiritual practice ends when you leave church or temple or mosque.

Service is as much a mindset as anything you actually do. It’s a way you live your life, and ideally a continual responsiveness to all the small daily calls to care for the world and those in it. Not just including yourself, but starting with yourself.

Most people, for instance, would probably agree that working on behalf of veterans or people with disabilities is service, that working on behalf of the environment or race-relations is service. But not as many people would recognize that so is giving in to a hot bath when you’re exhausted rather than staying up another night at the computer cranking out another manifesto, or another letter to your Senator; so is listening to a friend; so is taking good care of your animals; so is personally escorting insects out of your house in old yogurt containers rather than dispatching them with a rolled-up magazine.

Service is also as much a function of who you are as what you do, and you don’t have to do “service-work” to be of service to people. Just being authentic—in any given situation—can be a huge service.

I took a public-speaking class years ago, and in every class session, each student had to get up on a small stage, in front of a microphone and a video camera—and the other people in the class—and do a spontaneous 3-minute presentation, followed later by a spontaneous 5-minute presentation. And no preparation, no notes, no gimmicks, no jokes prepared the night before. You just presented exactly who you were and what was going on for you in that moment, that hour, that day.

And it was terrifying, and it was inspiring. Just to be with other people when they’re being totally authentic, completely themselves—even if they spent their 3-minutes doing nothing but stammering and crying, which some people did. It softened the heart, and the judgments I might have had of other people. It also showed me was that when people are being authentic, everyone is interesting.

This seems especially relevant for anyone in a position of leadership or stewardship, to the degree that leadership is about inspiring by example. So whether you’re a parent, teacher, mentor, minister, manager, coach, counselor, politician, or CEO, you’re involved in service just by being yourself—especially if you’re doing what you love, saying what you feel, staying close to the spiritual being in you who was called to service to begin with, and following your deepest enthusiasms in the original sense of that word, en-theos meaning the god within. By following your deepest enthusiasms in work and in life, by definition you’re following a spiritual path, a sacred path. And that’s inspiring to people, and that’s service.

But if passion breeds passion, dispassion also breeds dispassion. If you lack passion and enthusiasm in your own life, for your own life, your other relationships are going to be denied that energy. Your kids, clients, colleagues, coworkers, friends, partners, teams, companies, and communities.

One person’s passion and vitality can have a profound effect on the unfolding of those qualities in other people, and your dispassion or disengagement can have an equally disheartening effect. This much is certain: your passion is critical to their engagement.

I’m sure this is why, when I headed off to college, my father’s advice to me was, “Don’t take courses. Take professors.”

I hear this a lot in my line of work: people saying they want to change the world, they want know their life and work make a difference, have an impact, leave a legacy. And this is tricky stuff. I have a poster on the wall in my office that says, “The trouble with trying to change the world is that weeks can go by and nothing happens.” Just to tease myself about my ambitions.

And though it’s hard not to wonder what impact your work ultimately has—how much of a service you’re really providing—here’s my paradoxical opinion on the matter of making a difference: I think the difference any one of our individual lives is going to make in terms of human history or consciousness or evolution or suffering is roughly equivalent to throwing a stone into a lake. However, science tells us that because that stone is now lying on the bottom, the level of the water had to have risen. Archimedes taught us that sitting in his bathtub.

The rub is that you can’t ever measure it. The lake’s too big. You have to take it entirely on faith. Faith that it matters that you’re here and doing your goodworks in the world, and that the level of the water will necessarily rise. And this is a kind of faith that only begins—if it begins—where measurement leaves off.

Burnout isn’t just the result of hard work, or even overwork. It’s also the sense of futility, the fear that all your hard work and service aren’t making enough of a difference—which is especially painful in any profession where, for better or for worse, you don’t leave your heart out in the parking lot when you punch in to work, or any profession famous for knocking the wind out of people, like human services, social activism, teaching, parenting. And part of the cure for burnout, I think, is remembering precisely what sort of a difference your hard work does make in individual people’s lives, even if all that work goes thankless.

I used to live in Santa Fe years ago, and one day I called up the dog pound and asked if they were interested in volunteers. I told the lady who answered the phone, though, that I wasn’t interested in swabbing the decks or pushing paper around or fundraising. I just wanted to play with the dogs. I wanted to come in once a week while I was in town and go from cage to cage administering tummy-rubs, or throwing a stick around with them out back, or giving them fistfuls of the little doggy-bones they kept in a jar up at the front desk. The woman told me to come down any time I wanted.

After a month of volunteering, I asked one of the guys who worked at the pound why there were never the same dogs there from one week to the next. He raised an eyebrow dramatically, a gesture I took to mean, “Do you really want to know?” He said that a week is about as long as any of the dogs stay at the pound. Half of them find homes and the other half (up to 400 dogs a month) wind up in the landfill.

So there was some instruction for me in the painfully contradictory nature of the call to serve: that on one hand you’ve got to give it all you have, you’ve got act as if the service you offer will actually make a difference, and on the other hand you’ve got to surrender completely to the way it is. To the sheer enormity of the world’s suffering, and the spit-in-the-bucketness of your individual efforts to change it.

What I personally had to surrender in working at the dog pound was my innocence about what goes on at a dog pound, and your heart can just turn over and grow old in the face of that kind of surrender, and the knowledge it brings. If ever there was a bright and shining example of “too much information,” it was that image of hundreds, by now thousands (and around the world millions) of dogs being thrown into landfills.

But on the other hand, that knowledge also fed the call to serve, and turned it into something like a blessing. Because the call was to love the animals, so now when I went to the dog pound I continued to love the dogs as shamelessly as ever, but now I never knew for which of them it would be the last love they ever got—or the last love I ever got. You never know, driving down to the dog pound one Tuesday, someone runs a stop sign…..

The ultimate effect was that when I went down to the dog pound I now paid exquisitely more attention to the act of service, and got to practice one of life’s tougher lessons, which is loving and letting go. Which is really one word, one action. Lovingandlettinggo. Not grasping. Not attached to the outcome of your work—but holding on tight with an open hand.

A poet named Louise Gluck once said, “Why love what you’re going to lose?” And answered it by saying, “Because there’s nothing else to love.”

Despite the stone-in-the-lake scenario, I believe that when you’re willing to insist on your own vitality—honoring your deepest passions and convictions, and taking care of the care-taker—you stake a claim for everyone’s vitality. Those with whom you work, and those on whose behalf you work. In other words, what goes for the individual also goes for “the company you keep.”

And to whatever degree service is in what you do, not just who you are, I think it’s as much in the small gestures as the big ones. It’s not just in the big, splashy fly to Africa and help a village dig a well kind of service, but also and primarily in the small daily gestures.

I attended a business conference in Mexico years ago, and a management consultant by the name of Richard Whiteley told a story about asking a client of his, a CEO, whether he had a mission statement. Being the CEO of a company, the guy said “Sure we do.” But when Richard asked him to recite it, he didn’t have a clue. He shuffled around with the papers on his desk and finally said, “Oh, hell, I don’t know. It’s around here somewhere.” Then he got on the intercom and said to his secretary, “Dorothy, bring in that vision thing for me.”

Unclear on the concept. A mission statement is visceral, one sentence, easy to remember. Especially if you care to remember it. And most importantly, it isn’t just “a vision thing” you slap up on a plaque in the lobby and then expect everyone to salute. It only comes to life, it only becomes real and means something in the choices you make day to day, and sometimes hour by hour.

I know someone whose personal mission statement goes like this: “My mission is to create more peace and kindness in the world through my actions, my relationships and my work.” Which is perfectly noble. But in the conversation that followed, I asked him what happens when someone wants to cut in front of him on the freeway (which I asked knowing how he drives). “Are you going to step on the brake or the accelerator?” Because one leads to more peace and kindness in the world, and one leads to less.

And you can begin to see how the sheer number of opportunities to be either in or out of integrity with yourself in the course of even a single day of driving around on the freeway of, say, LA or New York can quickly pile up and become a heroic challenge. But that’s the work—the small steps, the daily actions. St. Francis said, “Always preach the gospel, and where necessary use words.”

For more about Passion! visit www.gregglevoy.com