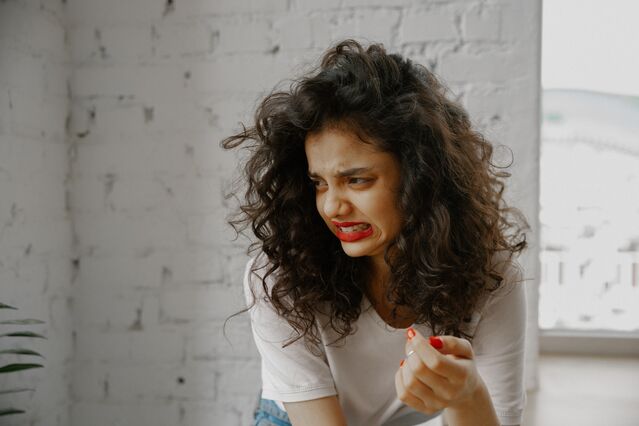 The Psychology of Disgust – Part 2


In part 1 of this series on disgust, I explored the cultural evolution of the disgust response from a mechanism to protect the body from pathogens, to a way by which society created rules for moral behavior. As Paul Rozin and Jonathan Haidt discuss in their path-breaking paper on disgust, the expression and biological processes governing disgust have remained similar throughout the history of humankind while the elicitors of disgust have expanded immensely, and vary across cultures.

In the late 19th century, the rise of the germ-theory of disease (which posited that microorganisms can lead to disease), provided scientific justification for disgust responses to disease that were already present in various cultures (Quarantine was in practice before people knew about microorganisms, and doctors even associated odor with the source of certain illnesses, rather than presuming it to be a side-effect). It was after the latter part of the 19th century, however, that a union of common contagion beliefs and germ theory occurred.

But our disgust responses are not really as scientific as we’d like them to be. Studies have shown that our emotions play such a strong role in deciding what is acceptable to eat and what is not, and that it really has extraordinarily little to do with contamination at all. People seem extremely reluctant, for instance, to consume food that has been touched by a dead, sterilized cockroach, or chocolate fudge shaped like dog poop, that have no contamination potential at all.

Adult disgust, in fact, is so sophisticated that it sometimes requires magical thinking. In an NPR interview, host Shankar Vedantam discusses with scientist Rachel Herz  about magical thinking within the context of the second-hand wedding rings market. Most people seem reluctant to purchase a ring that had previously been used by a couple that had divorced. Some “essence” of the previous owners seems to be presumed to remain in an inanimate object.

Disgust works in a similar way. A good example of this is from a questionnaire designed by Jonathan Haidt and colleagues to measure disgust sensitivity in different individuals. One of the questions posed to the participants is whether they would use a bed at a hotel on which a person suffered from a heart attack and died the previous day. The sheets would be replaced, and everything cleaned thoroughly, but that does not seem to matter. Some people feel uncomfortable using such a bed, but they cannot really explain why in a completely rational manner.

This inability to explain why exactly we feel a certain way about a moral conundrum is what psychologists like to describe as moral dumbfounding. As much as we would like to believe that our moral judgements are the product of careful thinking, our emotions play a role more than we realize.

Nowhere is this of more significance than in law. A jury is selected on the presumption that they would be fair and “impartial”. But studies have shown that jurors who have high scores on disgust sensitivity are more likely to find a defendant guilty. Mock jury studies have also shown that when shown gruesome images of the victim’s body, jurors reported feeling more disgusted, and in turn more angry and morally outraged, leading to increased conviction rates.

Interestingly, while we might judge others more harshly when we are disgusted, studies have shown that we ourselves might tend to indulge in self-protective, unethical behaviors when exposed to disgust-inducing cues. Participants in a study that explored this phenomenon were first exposed to either neutral cues or subtle disgust-inducing cues (such as diapers, antidiarrhoea medicine and incontinence products), and then asked to flip a coin. The coin flip result would decide whether they would be part of a study that would make them eligible to earn some money. People exposed to the disgust inducing cues were likelier than those exposed to the neutral cues to falsely report a favorable coin flip result. A number of other studies have also found that enhanced self-interest is associated with unethical behaviors. Just reminding people of their biological need to be protected seems to cause them to behave in ways that protect themselves, even at the cost of others.

David Pizarro, now an associate professor at the University of Cornell, conducted a study with colleagues to explore whether reminding people of potential contaminants has an effect on their political or moral attitudes and judgements. Simply making people answer a set of questions next to a sign that reminded them to wash their hands made them report being more politically conservative. This reminder also seemed to make people more prone to harsher moral judgements than usual.

Studies have also shown that asking people to sit at a table that looked dirty, or in a room that smelled disgusting skews their responses to be more politically and morally conservative. It’s as though just a reminder about how something can potentially harm people makes them take a harsher view of the world and the people in it.

When Harry Potter described Narcissa Malfoy – someone who is proud of being a “pureblood” and generally suspicious of “the other kind” – as someone who looked like she had dung under her nose, he might have been onto something. While learning and early environment do play a large role in what it is that we find disgusting, so could individual differences in the way we perceive smells. Genetic variations that lead to differences in the way olfactory, or smell, receptors function are extremely common in the human species. Scientists have found that changes to a single smell receptor are enough to cause a person to perceive a smell (and in turn taste) differently.

Given disgust’s primary role in pathogen avoidance, it comes as no surprise that women (who were traditionally responsible for child-rearing) tend to show greater disgust sensitivity overall. This could also have a more concrete biological explanation – the female hormone estrogen has been implicated in the expression of disgust and pathogen avoidance.

The disgust response also tends to reduce with age. Perhaps the significant decline in olfactory and taste receptors as people age has a role to play?

There are of course, circumstances where humans consciously or subconsciously modulate or even lower their disgust responses for practical reasons. Parents cannot afford to be so disgusted by their own children’s dirty diapers that they refuse to change them and care for them, for instance. Studies have shown that mothers report feeling less disgusted by the smell of their own children’s soiled diapers than others, even when they did not know which diaper it was that they were smelling.

All this is to say that our disgust responses can be modulated and even tempered to be more appropriate for a particular situation. Given that the COVID-19 pandemic has everyone in self-preservation mode, perhaps thinking a little more deeply about our emotional responses has the potential to make our behavior more sensible and compassionate.