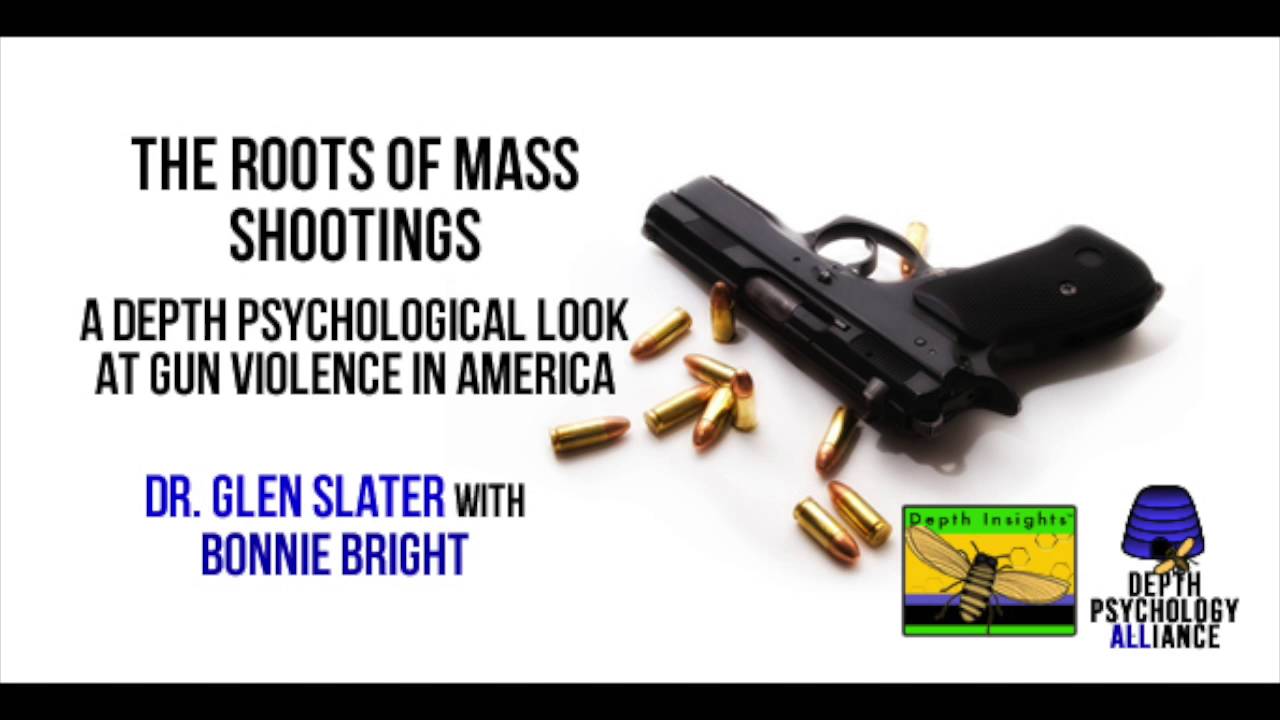 The Roots of Mass Shootings: A Depth Psychological Look at Gun Violence in America (2013)

After the mass school shooting at Sandy Hook Elementary in Newtown, CT, in December 2013, an article by depth psychologist, Glen Slater, “The Mythology of Bullets” (which previously appeared in Spring Journal Issue 81, “The Psychology of Violence) became a key element in the search for understanding.

In the essay, Slater addresses the major mainstream issues that always arise in such devastating events: gun violence, media influence, and mental health.

However, Slater goes much deeper to look at the archetypal aspects of guns in America, how our inherent cultural roots come into play, and how the uncompromising drive of the American Dream insists we succeed at any cost.

Join Bonnie Bright with Dr. Glen Slater for an engaging and important discussion of the roots of mass shootings and the depth psychological and archetypal aspects of guns in America.

GLEN SLATER Ph.D. holds degrees in Religious Studies and in Clinical Psychology and has taught Jungian and Archetypal perspectives at Pacifica Graduate Institute in Santa Barbara for nearly two decades. Glen edited and introduced Volume 3 of James Hillman’s Uniform Edition—“Senex and Puer”, as well as a volume of essays, “Varieties of Mythic Experience” (with Dennis Patrick Slattery), and has contributed a number of essays to various Jungian publications. Glen is the film review editor at Spring Journal and a regular contributor to that publication.

BONNIE BRIGHT Ph.D. is the founder of Depth Psychology Alliance, a free online community for everyone interested in Jungian and depth psychology, and she is the Executive Editor for Depth Insights scholarly journal. She also launched DepthPsychologyList.com, a free online listing service for depth psychology-oriented practitioners