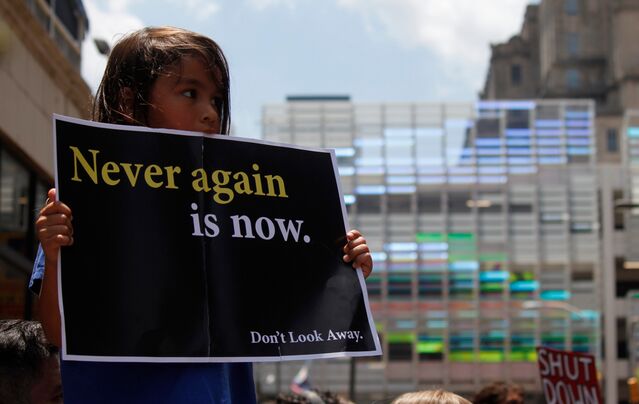 When Good People Do Nothing


The recent headlines about the whistleblower allegations of medical abuse and forced sterilization of women in a Georgia facility has yet again shed the light on human rights abuses occurring within our own nation.  These actions clearly fall under the United Nations definition of genocide and echo the deeply troubling history of the forced sterilization of minority populations throughout our history, including modern instances. This is not a issue of left or right, but of right and wrong.  Americans need to act.  Failure to do so makes us no different than any of the other bystanders to atrocities throughout history. 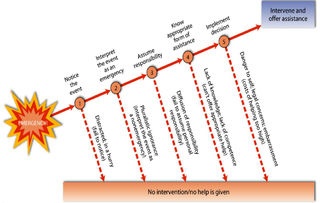 Decades of research by psychologists like Latané and Darley have identified the steps that prevent people from intervening to help vs. the circumstances under which they stand up (see review here).  The Bystander Intervention Model resulted (Figure 1).

At some point in our lives, we have been a bystander.  Whether it was the stranded motorist you didn’t assist or the school bully you didn’t intervene to stop, we have all been there.  The question is whether you will overcome the obstacles preventing bystander intervention now.  Research shows that the more familiar you are with the obstacles interfering with standing up, the less likely you are to stand by (see here, here, and here).  So let’s review.

These are unprecedented times.  Our nation is under significant duress.  The death toll from the COVID-19 pandemic approaches 200,000 Americans lost. The current unemployment rate is higher than in past years. Many Americans are at risk of losing their homes. Plus, we have a highly contentious election before us.  And Americans were already stressed before 2020.  To have yet another tragedy hit our headlines can be overwhelming, resulting in psychic numbing.  For many, avoiding the news may be about survival.  Still by being here, you have already gotten past step one; you have noticed the event.

This report of medical abuse comes days after news of over 8000 unaccompanied immigrant youth being expelled without regard for their safety. These are just the latest human rights violations surrounding current immigration practices.  In 2018, the “zero-tolerance policy” went into effect, resulting in the separation of over 3000 children from their parents on the borders (some reports indicating higher numbers).  Six weeks of protests ensued and an executive order was signed to end the practice.  However, evidence suggests separating parents and children is still occurring (see here, here, and here). There is also ample evidence of abuse of these children while in placement (see here, here, and here), beyond the harm caused by the detentions and the deplorable conditions in which these youth – and adults – are being kept. 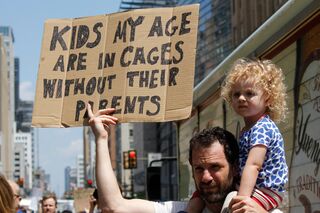 Philadelphia, PA / USA – July 12, 2019: A father and child hold a protest sign to demand the closure of detention camps

In 2019, multiple reports emerged – including from the DHS administration and the Civil Rights commission – about the conditions of migrant holding facilities.  This was followed by the discovery of a Facebook group where thousands of ICE agents routinely dehumanized the migrant population.  More protests ensued.  Politicians and U.N. officials toured, and largely decried, facilities. Hearings were held.  International vigils were held.  Debates followed about whether the facilities were concentration camps (defined by Andrea Pitzer as the mass detention of civilians, without fair trial, often based on social identity).

Some children were transferred, but otherwise little appears to have improved.  In fact, newer reports suggest that the pandemic is exacerbating already deplorable conditions and legitimizing stricter policies on asylum-seekers. Thus, these latest stories about medical abuse and the mistreatment of child migrants add to what should already be ample evidence of a humanitarian crisis in our detention facilities.  There should be no question about the need for intervention.  The question is whether this latest series of revelations is going to be when people declare “enough is enough.”

“What is your enough moment? When are you going to stop being a bystander ? If you haven’t experienced your enough moment, don’t wait for it to come to you. Find it.” -Dr. Ellen Kennedy, World Without Genocide, June 24th, 2019, Presentation on Statelessness at The Olga Lengyel Institute for Holocaust Studies.

There are many excuses a bystander can offer about why any problem is “not MY problem.”  When mass events occur we may automatically assume that, as others are also clearly witnessing the event as well, others will handle it.  Such is the nature of diffusion of responsibility.  It lets us off the hook. Surely, 911 has already been called.  Yet, it really has no cost to make an additional call.

This diffusion of responsibility is more likely if it is perceived the responsibility for a failed course of action – i.e., border camps, immigration policies – lies with others.  So although Republicans may currently be in control of the Senate and the executive branch of government, laying blame on prior administrations, particularly Obama-era policies that laid the groundwork for current policies, is perceived as sufficient excuse for inaction.  Which is akin to firefighters saying we didn’t start the fire so, although we have the means to extinguish it and technically it is our job, we are just going to let it burn and maybe add some fuel.

Further, when those in need are perceived as different from us, we are less likely to help. Empathy for perceived outgroup members is less automatic. This is called the empathy gap.  For instance, following racial disparities in help provided to Hurricane Katrina victims, a study by Kunstman and Plant used a classic bystander intervention experimental design featuring a staged emergency where the race of the person in need was varied to see how fast participants would lend a hand, people were slower to assist minorities in an emergency.  This effect is exacerbated by people experiencing negative affect about the prospect of helping marginalized groups, when people are experiencing a high cognitive load (e.g., lots of demand on our mental resources, such as when we are stressed), and when people are higher in prejudice.

As those being hurt are “not Americans” we can distance ourselves from needing to get involved even though the crimes are being committed on American soil and by Americans.  The recognition that ingroup members are committing harm against others can actually motivate a sort of automatic psychological immune response leading to increased defensiveness and moral disengagement.  These include victim-blaming and dehumanization of the victims to justify their treatment and reduce willingness to help.  Evidence of these processes was seen in the Border Patrol Facebook group, as well as in the texts of the border patrol agent who ran over Guatemalan migrant Antonin Lopez-Aguilar, in studies of the language politicians have used over the years, and in historical analyses of societal responses to collective violence. 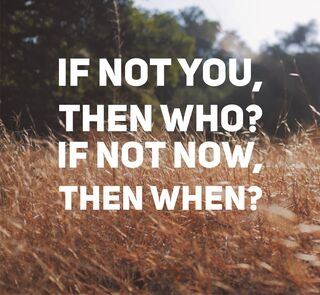 If not you then who? If not now then when?

These are the cognitive obstacles we need to overcome in order to decide that the we have responsibility to intervene.  The good news is that there are multiple ways to combat empathy gaps.  Starting with simply recognizing that empathy isn’t a fixed resource.  Empathy is a fluctuating – but renewable – resource, the application of which is a skill that can be learned.  Empathy gaps can be narrowed by identifying similarities (e.g. superordinate or shared global identities, but not necessarily similar adversities). Aversive affect, and consequently empathy gaps, can also be lessened envisioning the specific act of helping and its potential positive outcomes. Our brains really do want us to help.

Problems as large as what we are presented with here can appear insurmountable.  The protests, hearings, and reports seem to have had little impact.  What more can be done?  Actually, there is a lot. Though change never seems as fast or monumental as we may desire, you can have positive impact.  For example:

and more. All the while make it clear that you will not vote for any political candidate who does not take a strong stand against the inhumane treatment of migrants.

But importantly, you cannot look away.

“When most people ignore other people’s misery, they provide indirect or tacit support for the conditions that engendered such misfortune.” – Passini, 2017, pg. 35

According to the Bystander Intervention Model, the last remaining step is weighing the costs vs. benefits of helping.  The majority of these aforementioned actions cost little more than time.  Donations can be as little or as much as you choose.  Any social costs of speaking out likely depend upon your social network.  All of these costs should be held relative to the costs inaction holds for our conscience and those currently suffering.  We are often quick to blame bystanders for their failures to act when we learn about them after the fact.  We ask “how could no one have done anything?”  When you look in the mirror and ask that of yourself will you have been the bystander or the upstander?