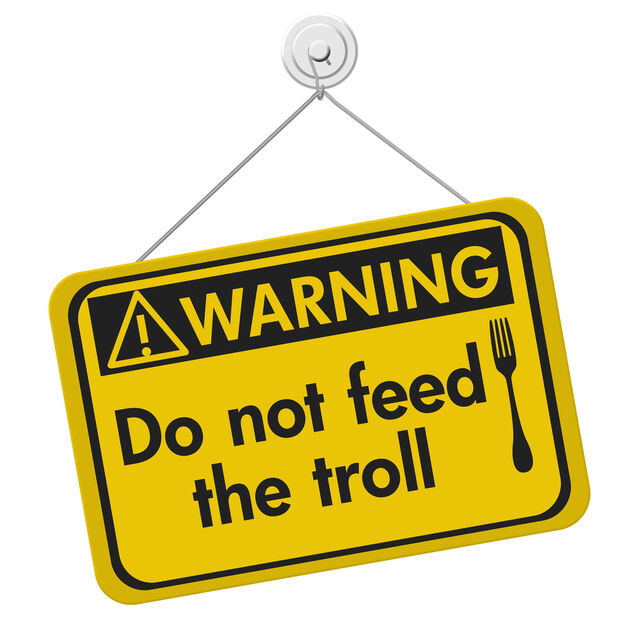 Why do Internet Trolls Act the Way They Do?


Having grown up and reached adulthood well before the age of social media, and having developed no particular interest in Facebook, Twitter or any other platforms, I spent the first 48 years of my life blissfully unaware on a personal level of internet trolls. Of course, I’d heard the term, usually in conjunction with disgusting behaviour towards some unsuspecting and undeserving celebrity – but my lack of online interaction meant I’d never come into contact with a troll myself.

Boy, did that change when I started blogging! I was, genuinely, shocked the first time I received hateful comments. Following an article I had written on gaslighting, I received several comments from people telling me how helpful and relevant the article was to their current situation with gaslighting partners. I naively started reading another email, which told me I was a terrible writer who had no right to be blogging in the first place. Another couple of articles, another few nasty comments. I didn’t have a clue why people would want to write something purely for the sake of being nasty – surely if you don’t like an article, you don’t bother reading it? Why, I thought, would you bother writing something or, when I decided to keep my comments closed, of going to the hassle of emailing me? 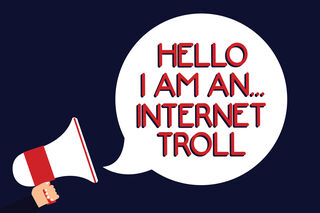 I came to a bit of a dead end in trying to get into the mind of an internet troll and when I looked into the research I found there was surprisingly little. One study which was conducted in 2017 explored personality traits including psychopathy, sadism and empathy. It showed that trolls have higher than average levels of psychopathy and sadism. People with higher psychopathic traits display antisocial behaviour (including actions that harm or lack consideration for the wellbeing of others and disruptive behaviours) low empathy, parasitic lifestyles, impulsivity and irresponsibility amongst other traits. People with sadistic traits enjoy causing others pain and discomfort and engage in cruel and manipulative behaviours.

The research showed that trolls had high levels of cognitive empathy, which means they are fully aware of the impact of their actions on other people. However, they were lacking in affective empathy which is associated with “being able to feel like other people feel”: the ability to internalise other people’s emotions. Put simply, they know they’re hurting you but they really don’t care.

As people who are putting our blogs or other work online, we’re dealing with people who want to cause hurt, who engage in antisocial behaviours and who know how to target people online to cause pain. Here’s what else I have discovered about trolls from my own experience and from the anecdotal experiences of other bloggers.

2)      They offer accusations which I take as compliments

I was accused the other day of writing “catchy titles and flashy articles to get readers”. Thanks! Any blogger who wants readers has to develop the skill of drawing the reader’s eye to their articles, in much the same way as a shopkeeper puts effort into their retail display. Sending angry emails about my ability to think up an attractive title is a compliment.

Several bloggers I have spoken to agree that trolls probably don’t get past the title before they choose to attack. I have had people tell me they hate my writing because of a particular word I used. When I revisit the article, I realise they haven’t read it because they have simply taken the word out of context. I also get criticised for writing several articles about one subject. If the person was to read and understand these articles, they would realise there is always a new angle to be explored. A full length actual book is approximately 60,000 – 80,000 words.

I guess this is the whole point of trolling. Other bloggers I have spoken to have had their looks attacked. I regularly get people attacking me for having Autism Spectrum Disorder. Seriously! Yes, I’m on the mild end of the autism spectrum and I’m proud of it and want to help other women in similar positions. If I wasn’t open and accepting of ASD, then I probably wouldn’t write about it…However, the mentality of the trolls mean they think they’ve found something really hurtful to attack me about.

Most of the language trolls use is highly offensive. They use words like “hate” and sometimes swear and use shouty capitals to get their point across. People on the internet who you are never going to meet are really easy targets. If you’re on the receiving end, it’s never nice to experience someone else’s anger but you need to remember they’re just projecting all their self-dislike onto you.

So, how do you deal with it? I know there are different schools of thought but from my perspective, ignoring them is the best solution. For every 9 or 10 comments I receive from people telling me how much my articles have helped them, I get 1 comment from a troll. At the beginning I was shocked, now I know it’s part of the job – everyone with an online presence is going to experience it. If you engage with these people, they’ll feel happy they’ve got a rise out of you. I know I’m in a lucky position, though. I’m a therapist who has worked on her own self-development for years. I have a loving partner and family. If I was in a more vulnerable position, I can see how upsetting the actions of trolls might be.

I delete straight away, unless their comments have been particularly amusing in which case I share them with my partner. If a troll’s main purpose is to manipulate and hurt you, and you start to engage with them, you’ve been pulled into their vicious little circle. Does this mean they’re going unpunished? I don’t think so. A lack of attention is far greater punishment than letting them know they’ve hurt you. Let’s face it, they’ve gone to the effort of finding your website in order to write you an offensive email (I always have closed comments now) – not bothering to even read their comments clearly shows them how unimportant they are in your life (99% of which is spent offline!). I had someone tell me recently she was “really disappointed” in me, in much the same way as a critical mother might chastise a child. That’s fine, I thought, because you don’t know me and never will.

I know some bloggers respond to trolls in an attempt to educate them. I don’t see trolls as people who want to learn or who are going to be responsive to such an explanation. If their sole intention is to hurt and disrupt and their doing so from an angry and manipulative perspective, I don’t see any benefit in trying to appeal to their better natures. My motto is “don’t feed the trolls” – they thrive on attention and reaction.

Unfortunately, trolling is here to stay. My heart goes out to people who have been severely affected by it. If you have been affected, please seek the support of the real people in your life. When a bully attacks it may bring up issues which have affected you in the past and you may even feel a sense of shame, as if you have done something wrong. Share the troll’s nasty comments with someone you trust, delete and carry on with the good work you’re doing.